It’s not quite a case of three’s company. Nevada County Sheriff Keith Royal says deputies went to a home on Loma Rica Drive early this morning to a report of domestic violence. Royal says the incident started when a woman had a female friend arrive at her home to spend the evening,  the victim went to bed leaving her friend and 23 year-old Brandon Cantrell of Grass Valley still awake.
Click here to listen to Sheriff Keith Royal 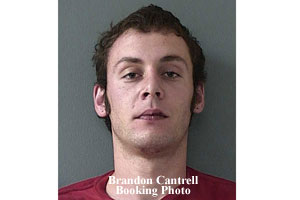 Royal says as Cantrell released his grip and fled the home, he flattened all the tires on the victim’s car. Grass Valley Police and Sheriff’s Deputies found Cantrell at an apartment in Grass Valley. He was taken into custody for suspicion of domestic violence and vandalism.

More information has been released about a car chase that involved all the law enforcement agencies in western Nevada County. Sheriff Keith Royal says a Deputy tried to stop a car on Ridge Road Wednesday night for a traffic violation. The driver sped off. A Grass valley Police Officer tried to get into position to deploy a spike strip, which the suspect dodged.
Click here to listen to Sheriff Keith Royal 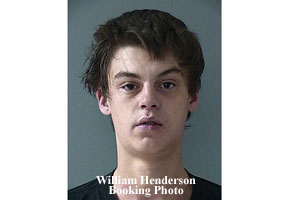 19 year old William Henderson of Grass Valley lost control of the Toyota and crashed into a tree on North Bloomfield Road twenty minutes after the chase started. Officers learned the Toyota was stolen from Yuba county.

One man is accused of taking money from another man’s wallet. Nevada County Under Sheriff Joe Salivar says Deputies went to a home on Banner Lava Cap Sunday morning. Two men were ending a roommate living situation. The victim was packing when his wallet fell out of his pocket. When he returned to pickup the wallet, he saw 32 year old Nathaniel Hubbert putting the wallet on the floor minus seven hundred dollars. Undersheriff Salivar says narcotics paraphernalia was found on Hubbert and he was taken into custody.
Click here to listen toUndersheriff Joe Salivar

Hubbert was taken into custody for suspicion of grand theft and drug related charges.