A significantly intoxicated woman was taken into custody following a traffic stop at the westbound exit to Highway 20 towards Penn Valley Tuesday afternoon. According to CHP Officer Greg Tassone, a sheriff’s deputy had witnessed severe reckless driving and initiated a traffic stop. There was an adult female driver and three juvenile females in the vehicle. The CHP was called to the scene to conduct a DUI evaluation of the driver. Preliminary tests estimate 38 year old Erin Thompson of Oroville to have a blood alcohol level three times the legal limit. Officers also discovered the situation could have been much worse.
Click here to listen to Officer Greg Tassone 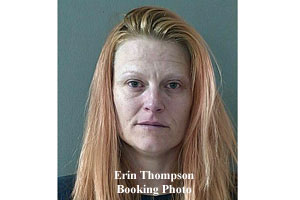 Tassone says the two younger females in the vehicle were determined to be runaways. All three juveniles were taken into into custody by child protective services and returned to legal guardians. Thompson was arrested for DUI, child endangerment, and driving without a valid license.