Division IV Director Jim Bachman, a resident of rural Lincoln, Placer County, was unanimously elected Wednesday (Dec. 12) by his fellow directors to serve as 2013 president of the Nevada Irrigation District Board of Directors. 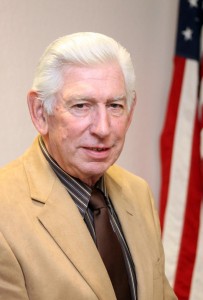 A member of the NID board since 2009, Bachman is a native of Grass Valley and near lifelong resident of the Lincoln area, where he raises cattle on an 80-acre family ranch.  He’s a retired construction manager and longtime board member and former president of the Placer County Farm Bureau.
As NID Board President, Bachman succeeds 2012 President Nick Wilcox of Penn Valley, who is the Division V representative on the board.
Division II Director John Drew of Chicago Park, Nevada County, was elected as the board’s vice president for 2013.
Also serving on the five-member governing board are Division I Director Nancy Weber of Nevada City and Division III Director Scott Miller, MD, of south Nevada County.
The elected Board of Directors is NID’s policy-making body.  The board meets in regular session at 9 a.m. the second and fourth Wednesdays of each month.