This Sunday, February 16th, marks the fifth annual Jim Rogers Memorial Ride, which begins at 11 a.m. at the Tour of Nevada City Bicycle Shop at 457 Sacramento St. in Nevada City.  Family friend Karen Wallack-Eisen says Hundreds of bicycle riders have been coming to the ride in past years.
click here to listen to Karen Wallack-Eisen
Jim Rogers  was riding his bicycle on Highway 174 when he was struck from behind and killed by a distracted driver as he was ascending the climb out of Bear River Canyon.  a special effort is being made this year  to bring attention to the dangers of distracted driving as well as to  honor Jim Rogers love of bicycle riding.
click here to listen to Karen Wallack-Eisen
Wallack-Eisen says they   are encouraging people  to place the stickers on their dashboard and/or steering wheel as a reminder BEFORE they reach for their phone.
There are two routes for the ride a short one through town and the 16 mile Lemond Loop. A Bicycle Benefit Lunch, Burrito’s from Nevada City Eats,  will be available after the ride – at about 12:30  for a suggested donation of $5 .
The proceeds from the Benefit Lunch will go to support scholarships given through Youth Bicyclists of Nevada County (YBONC).  Jim’s passion for riding and his influence on young cyclists led to the creation of the Jim Rogers Inspiration Award, which the NU Mountain Bike team awards to the team member who exhibits the most “Jim-like” characteristics throughout the year. 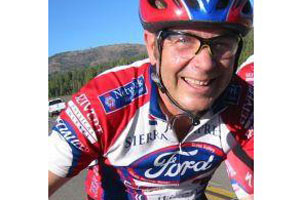 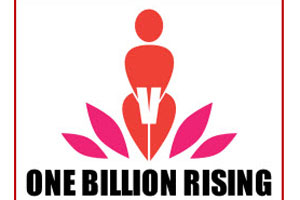