Nevada County has lost a great historical icon with the passing of Bob Wycoff last Saturday.  Wycoff  was a noted historian, photographer and journalist  of many decades of Nevada County history. His good friend and former Nevada City Councilman, Paul Matson says Bob  would challenge readers  in his popular “Timelines” column in the Union  Newspaper… 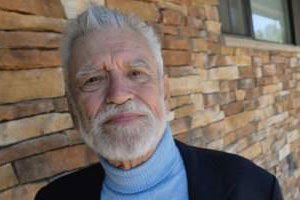 More than 50 of Wycoff’s best articles with historic photos spread throughout  were published in a special book  titled “The Way It Was-Looking Back at Nevada County.   He also edited the book “Never Come Never Go” which told the story of Engine Number 5,  the Nevada County Narrow Guage Railroad, and the building of the Railroad Museum.  Matson says Wyckoff was also a successful grant writer for Nevada City.*

Matson says Wycoff also donated the money for the last upgrades of the baseball field at Pioneer Park, the wood bridge across Deer Creek  and the disabled-accessible picnic area .   He says Wycoff  was also actively involved in helping the State of California make the decision  to purchase North Bloomfield and the Malakoff Diggins and make it into a state Park. *