By: Jeffrey A. Lake

Nevada City, CA – February 7, 2014 – Jeffrey A. Lake, Esq. is proud to announce his candidacy for Superior Court Judge in the upcoming June 3, 2014 election. After serious deliberation Mr. Lake has decided to run for the vacancy to be left by the retirement of Superior Court Judge Sean Dowling for several important reasons. 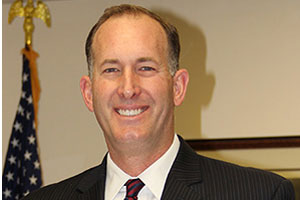 First, everyone who steps foot into a courtroom deserves fair and unbiased judges who believe in justice for all who appear before them. Over the years Mr. Lake has seen this first hand in Judge Dowling’s department. Mr. Lake has appeared before Judge Dowling many times; in each instance Judge Dowling exemplified the judiciary. His decisions were always thoughtful, well reasoned and thorough regardless of the controversial nature of the issues. If elected Mr. Lake will work relentlessly to carry on Judge Dowling’s legacy of high ethical standards, incredible preparation, professionalism and fairness for every case he adjudicates.

Second, diverse trial lawyers make the best judges. Prosecutors tend to litigate cases with one goal in mind, a guilty conviction. While it is true that criminals must be held accountable for their actions, it should not be at the expense of due process or any other constitutional violation.

Third, civil matters are often very complex, especially if there are multiple parties involved. Legal expertise does not simply arrive over night. Rather, in order to adequately evaluate the relevant law in civil cases it takes years of civil litigation experience. Since receiving his Bachelor of Arts from the University of San Diego in 1988 and earning his Juris Doctorate from California Western School of Law in 1991, Mr. Lake has represented hundreds of corporate and individual clients in a diverse range of disputes arising from products liability and other tort based actions, construction defects, real property transactions, contract disputes, business related transactions, as well as medical marijuana matters ranging from Collective operation, land use, municipal law, and criminal defense. Mr. Lake’s nearly 23 years of courtroom experience makes him an ideal judicial candidate.

Finally, judges must be fiercely independent. They must not be influenced by years of interacting with their former teammates such as law enforcement officials, politicians or government bureaucrats. Judges must not be activists or representatives for anyone. Judges should not be elected as a reward for their longevity of government service. Rather, judges must be neutral, unbiased and free to use their independent judgment to the best of their ability.as applied on a case-by-case basis. Replacing Judge Dowling will not be easy. But, Mr. Lake is dedicated to the challenge of being the best judge possible for all the right reasons. (Courtesy YubaNet.com)