The victim pushed her away and attempted to retreat to the house.
Click here to listen to Sheriff Keith Royal 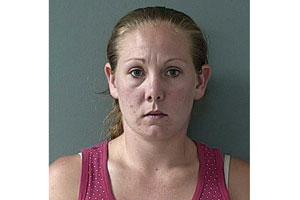 When a sheriff’s officer returned to the house the next day to interview the victim, the suspect was also present so he interviewed them both. It was determined that Rogers was the aggressor and she was taken into custody for alleged domestic abuse and assault with a deadly weapon.