California’s First District Congressman held a meeting for the public about issues that veterans are facing with the Department of Veterans Affairs. With Congress on a five week break Congressman Doug LaMalfa wants to hear from the people in his district. Concerned veterans met with the Congressman at the Madelyn Helling Library Tuesday morning. Veterans expressed their concerns about dealing with the slow processes at the Veteran’s Administration. 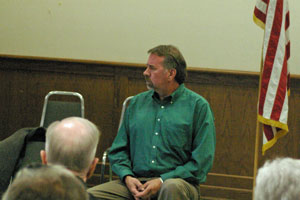 The congressman said with the VA accepting and reviewing more claims for Agent Orange the number of investigations is increasing. LaMalfa says he will be working on speeding up the access and claims process.

Regarding marijuana cultivation, Mr. LaMalfa is proposing stronger penalties on chemicals used for growing marijuana. LaMalfa says the Mexican cartel is using highly toxic chemicals in the growing of marijuana. 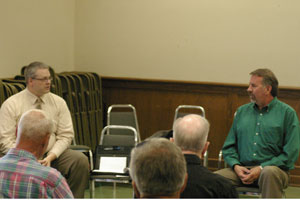 The Congressman says the chemicals used in some of the growing operation on federal land are very hazardous, and stronger penalties are needed.

In regards to Obama Care, another group has been exempted from the medical care system. Congressman LaMalfa says a last minute deal, as Congress was leaving for a five week break, exempts congressional staff from the medical care system to which the rest of the citizens are subject . Congressman LaMalfa believes congress should be subject to the same laws by which the rest of the country must abide.

The Congressman said the last minutes back room deals are hurting the citizens of this country.

Yes he says all of the right things people want to hear but he is a politician in it to feather his own nest. Like Will Rodgers said "we have the best politicians money can buy".