The attorney representing former Nevada County Supervisor Terry Lamphier on 3 counts of possession of Child Pornography allegedly found on his county computer is concerned that Lamphier’s case is being tried in the court of public opinion before it is tried in front of a jury and court. Stephen Munkelt in a press release issued this morning says In order to promote more balanced discussion of the charges against Mr. Lamphier he is providing three documents with the release. One is the Sheriff’s report of the interview conducted with Steve Enos on October 29th of 2014. Second is a copy of the article Mr. Enos dropped off in the anonymous envelope to the county Supervisors Office, which is about the resignation of the mayor of Dudley, Great Britain after pornography was found on his council computer.  And the third item is a copy of the letter from the Fair Political Practices Commission rejecting Mr. Enos’ complaint against Terry Lamphier.

Munkelt explains why he decided to go public.

Munkelt says anyone who wants to take the time to compare the text of Enos’ interview with the Sheriff’s Department and Enos’ Opinion column published in the Union Newspaper March 15th will find there were “significant omissions and misrepresentations in his column.”

Nevada County District Attorney Cliff Newell says he really doesn’t have anything to say about Munkelt’s release of the material.

The next court day for Terry Lamphier is April 20th at 9 o’clock for a pre-trial conference.

The Press Release and documents are available below.

By: Attorney Stephen Munkelt, Nevada City
I strongly believe that criminal cases should be tried in front of a jury in court, not in
newspapers, on television and in public opinion. But Terry Lamphier has been targeted by press releases from the Sheriff, “disclosures” by the County he was serving as a Supervisor, and comments from his elected peers in Grass Valley. For me the final straw was the opinion column by Steve Enos, published in The Union on March 15.
In order to promote more balanced discussion of the charges against Mr. Lamphier I am
providing three documents with this release: 1) the Sheriff’s report of the interview with Mr. Enos on October 29, 2014; 2) a copy of the article Mr. Enos dropped off in the anonymous envelope (which is about resignation of the mayor in Dudley, Great Britain) and; 3) A copy of the letter from the Fair Political Practices Commission rejecting Mr. Enos’ complaint against Terry Lamphier.
A comparison of these materials with Enos’ article quickly reveals that there were
significant omissions and misrepresentations in his column. He failed to mention that he first made contact with county personnel to request a surveillance check of Terry’s computers in May, just before the primary election. He failed to mention when that check failed to find any improper computer use he then wrote to the FPPC attacking Terry’s campaign for City Council. And of course he did not mention that the rejection of his FPPC complaint took place on October 21, and his ‘anonymous’ letter at the county was dropped on October 22. Clearly he was conducting a secret politically-motivated campaign against Terry.
It is also clear from the Sheriff’s interview that Mr. Enos had absolutely no basis in fact
for any accusation of improper computer use. He allegedly acted based on statements he
overheard from third parties, and which he decided could be given a dramatic twist.
Although Mr. Enos apparently has little regard for the truth, his actions raise some
interesting questions. Who was his contact at the county? How many times between May and October did county employees search Mr. Lamphier’s computer history? Did the county check the computer that was given to him in September before he began to use it? Why did Enos talk to his contact at the county in May, and then go through the sham of an anonymous letter in October? Did the county know from the beginning that Enos dropped the letter? If this case is presented in court perhaps these questions will be answered. I am sure there will not be any evidence that Mr. Lamphier ever possessed child pornography, but we may find out who was after him and why. That is the real crime in this scenario. 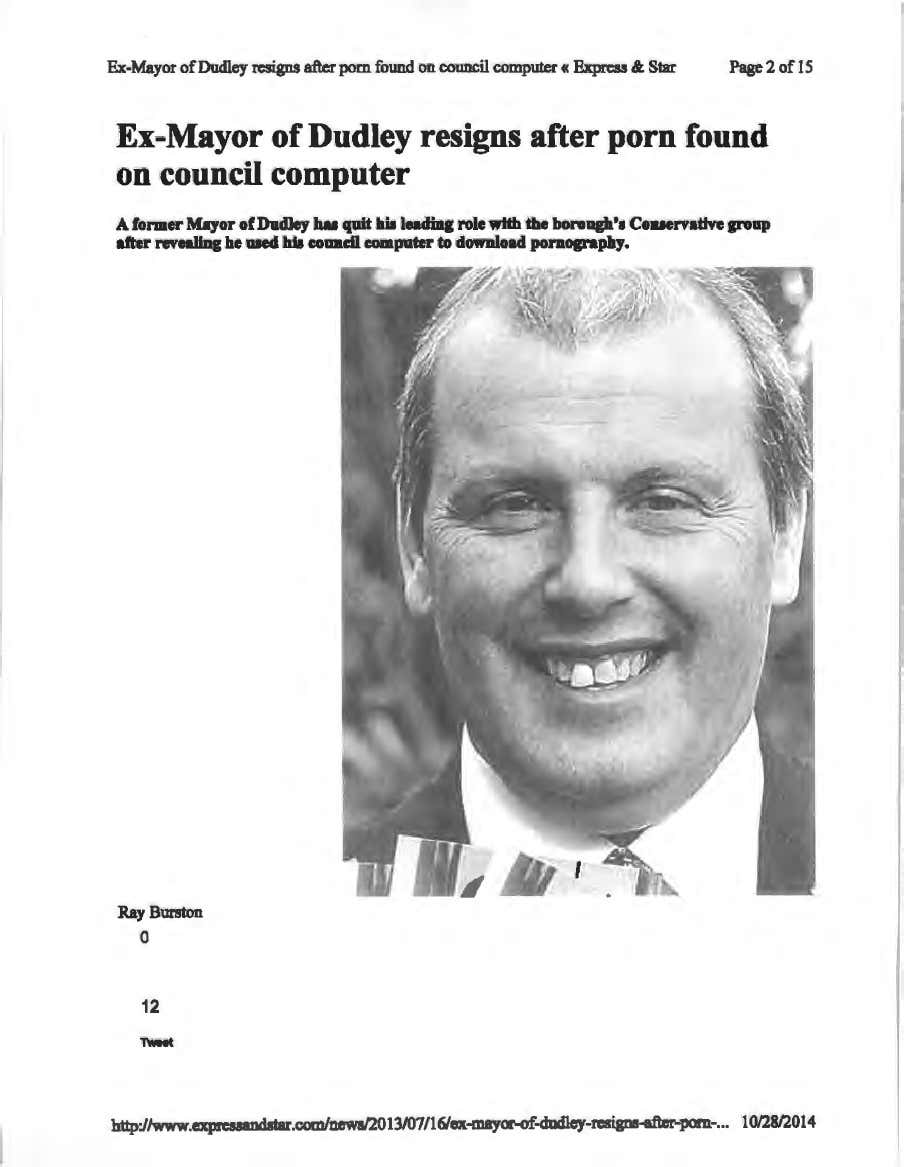 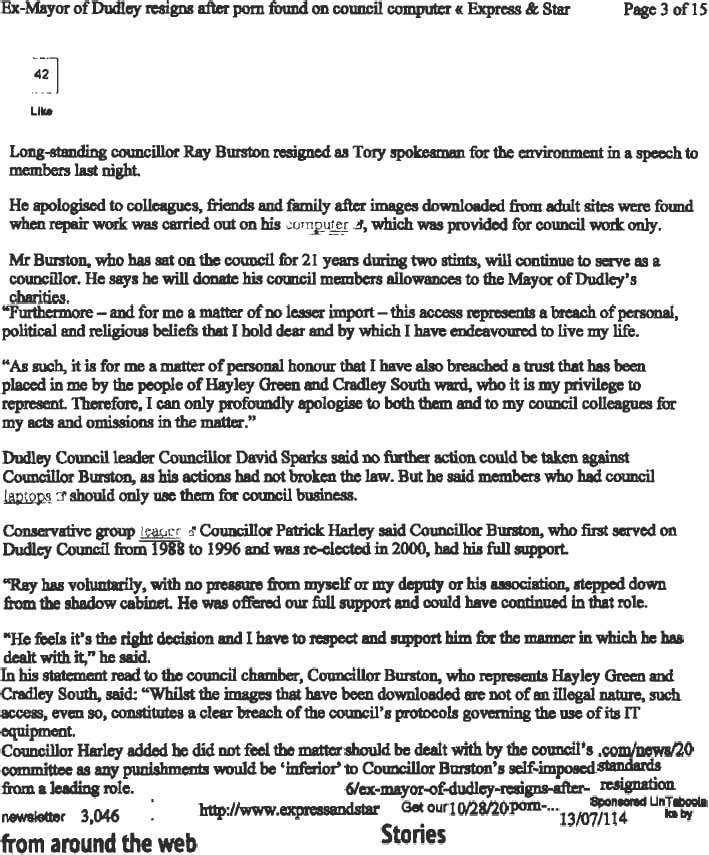 October 21 , 2014
Re: Sworn Complaint Regarding Terry Lamphier
Dear Mr. Enos:
This letter acknowledges that the Enforcement Division of the Fair Political Practices
Commission (FPPC) has received your complaint alleging a violation of the Political
Reform Act’s conflict of interest prohibition. After review by staff: it was determined
that there is no evidence of such a violation in your complaint because campaign
contributions generally do not give rise to conflict of interest among elected officials
acting in their elected capacities. Government Code Section 84308 was added to the Act
to ensure that appointed members of boards or commissions would not be biased by
campaign contributors or potential contributors who might appear before them in a
proceeding involving a license, permit, or other entitlement for use; however,
Section 84308 does not apply to officers in a proceeding before a local government
agency whose members are directly elected by the voters. (GC Sec. 84308(a)(3).).
Sincerely,
~s. Winuk – /
r:.,~// Chief, Enforcement Division
GSW:ak
cc: Terry Lamphier V