Legacy Present’s is marking the 100th birthday of one of America’s greatest playwrights, Arthur Miller by presenting The Crucible, with 12 performances opening Friday night Sept. 18th.

The Crucible is a dramatized and partially fictionalized story of the Salem Witch Trials that took place in the Province of Massachusetts Bay during 1692 and 1693. But show producer, Alvis LeGate,  says Miller may have been playing with allegory to draw a comparison to his trials before the anti communist House of Representatives Committee on Un-American Activities.

LeGacy veterans John Bivens and Ariel Elliot star as ill-fated John Proctor and the vengeful Abigail Williams. Elliot who is an NU Graduate says her first part in the Crucible was in High School.

click to listen to Ariel Elliott
The Crucible runs September 18th through October 11th at the Nevada Theater. 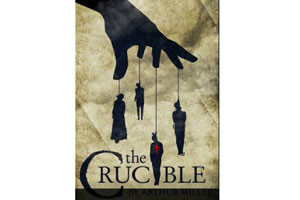