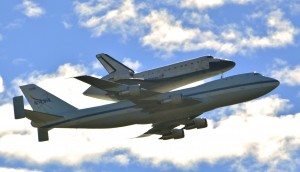 The Director of Nevada County’s AirFest, Tim O’brien is sharing some pictures of the Shuttle Endeavour as it circled Sacramento today.  Ironically it was his brother Brian O’Brien of the Beam Easy Living Center who wanted to go.
click to hear Tim O’Brien

Fighting traffic and tall buildings, Tim O’Brien says they finally found the perfect place to view the shuttle in a wide open parking lot with no obstructions.
click to hear Tim O’Brien

O’Brien says  today was a significant part of history. 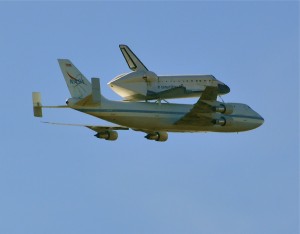 The space shuttle Endeavour is back on the ground after completing its final flight over California atop a modified NASA 747.  Cheering throngs greeted the retired shuttle as it landed shortly before noon at Los Angeles International Airport.  Before touching down, Endeavour flew over several scenic landmarks including the Golden Gate Bridge. 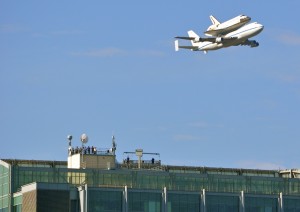 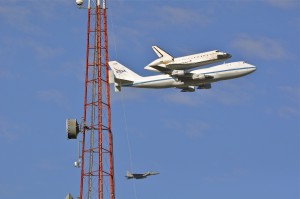