Cyberbullying and cyber threats, even between adults, are taken seriously by law enforcement.
A man who felt jilted by a former girlfriend ended up in jail after threatening two other men allegedly involved with the woman. Nevada City Police Sgt. Paul Rohde says officer responded to a call from the two victims.
Click here to listen to Sgt. Paul Rhode 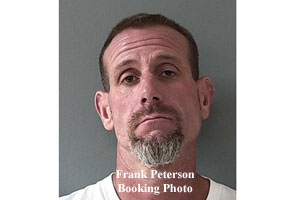 The suspect, Frank Peterson, 43, apparently had a relationship with the woman and in some way the victims became involved. Sgt. Rohde says the the victims received multiple text threats that were violent in nature. Peterson was also in violation of his probation terms.