A break in at Magnolia Intermediate school that occurred sometime between Thursday night and Friday morning of last week is still under investigation. Nevada County Sheriff Keith Royal says numerous windows were broken to gain entry, including into the computer lab.

Burglars made off with about 30 i-pads and the teachers i-mac computers as well.

On Saturday night detectives served a warrant at a residence in the 11-thousand block of Magnolia Road-near the middle school.

Sheriff Royal says the deputies did not find anyting that actually came back tied to the burglary at Magnolia Intermediate School. However they did recover a stolen golf cart and one person at the residence, Amanda Claire Paulin,age 34, was allegedly found in possession of a stolen firearm and she was taken into custody.

After spotting the deputies Sullivan fled the scene, but was taken into custody after crashing the vehicle about two miles from the house. She was arrested on charges of vehicle theft, evading a peace officer and two outstanding warrants.

Sheriff’s deputies are still working to recover the stolen i pads and other computers that were in the classroom. The first day of school at Magnolia Intermediate School is Wednesday August 19th. 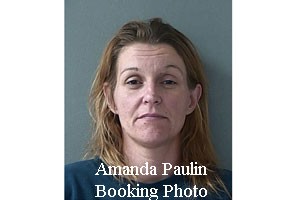 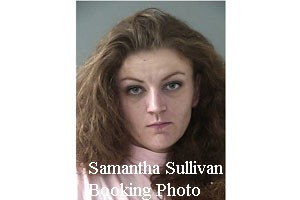