One man is under arrest after causing a head-on collision on Highway 20 just west of Harmony Ridge Monday afternoon.  Officer Greg Tassone of the CHP says Scott Michael Potkin of Grass Valley was headed west-bound on 20 at about 70 mph when he lost control of his Audi sedan and crossed into the on-coming lane. 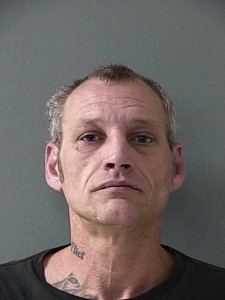 Potkin fled into the woods near the scene on foot.  As officers processed the scene, they discovered his identity and managed to contact him via his cell phone.

Potkin was taken to the hospital where he was treated for his injuries before being transported to the Wayne Brown Correctional Facility where he was booked on charges of driving under the influence of alcohol, causing injury while driving under the influence, committing a hit and run, and driving with a suspended license.  The other driver was a 59 year-old woman from Nevada City who treated her own minor injuries.