The Placer County Sheriff Office’s pursuit of a reported suicidal man ended in a crash in Colfax Monday evening.
According to Information Officer Dena Erwin, at 5:42 p.m., a caller to the sheriff’s 911 dispatch center reported that Joel Bumgarner, 38, had taken pills, was drinking alcohol and had driven away from his Auburn home.
Click here to listen to Officer Dena Erwin 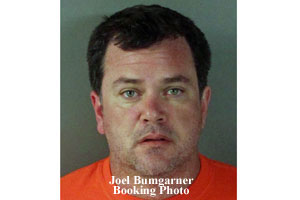 Bumgarner exited the freeway in Colfax and headed into the Sierra RV Center on South Canyon Way where he proceeded to damage a number of vehicles.
Click here to listen to Officer Dena Erwin

Baugarner exited his car and started to walk away, refusing to stop as ordered. A deputy applied his Taser and he was taken into custody and then to a local hospital due to the medication he reportedly ingested.