Man Arrested in Nevada City For Sex With a Minor

The Nevada County Sheriff’s Department Major Crimes Unit has been actively investigating a 32 year-old male suspect who allegedly has been involved in an unlawful sexual relationship with a 14 year-old female juvenile for the last 8 months.  Detective Nate Hutson says 32 year-old John Wayne Hill of San Francisco was arrested by detectives in the Nevada City  S-P-D parking lot Saturday, after a week-long investigation.* 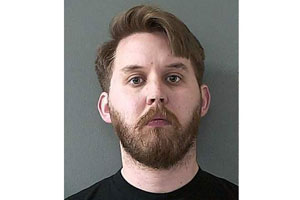 Hutson says the information came to the sheriff’s office through a mandated reporter.  He says  one victim has been identified, but the investigation is on-going. Hill is currently in custody at the Wayne Brown Correctional Facility on two-and-a-half million dollars bail.