A Grass Valley man who rear-ended a CHP vehicle Monday afternoon has made his first appearance in a Nevada County courtroom. District Attorney Cliff Newell says he’s filed one felony charge against 62-year-old Harold Goodman of driving under the influence of a drug or drugs, causing great bodily injury….

Newell says there is no record of any prior charges or convictions for this type of crime against Goodman. But Goodman still faces the possibility of significant prison time…

Newell also says bail for Goodman has been increased another 50-thousand dollars, to 125-thousand dollars. A hearing regarding a request from Goodman’s attorney to reduce the amount is scheduled for May 12th. The accident occurred on Highway 49 near La Barr Meadows Road. The officer, Reaves Douglas, has been treated and released. 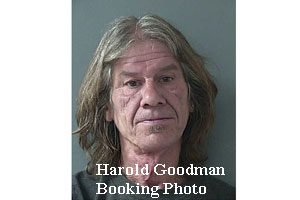