An overflow crowd attended a Mass of Healing for Mary Grace Tassone at Grass Valley’s St Patrick’s Church Wednesday Night. Tassone was viciously attacked as she opened the church last Sunday morning as she prepared it for services scheduled later in the day.
Father Sylvester recognized the size of the crowd, including local law enforcement and elected officials, as a testament of the love that people have for Tassone, a long time Registered Nurse in the surgery department of Sierra Nevada Memorial Hospital, as well as a volunteer who ministered to the sick of the Catholic Parish in the area.
Greg Tassone, Mary Grace’s nephew, gave a health update that she is making small improvements in recovery, but more prayers are needed in the weeks ahead.
A collection basket was passed during the Mass, a normal part of the Catholic Mass. Father Sylvester announced that the parishioners decided to give the money to the Grass Valley Police Department, the lead agency in the criminal investigation. 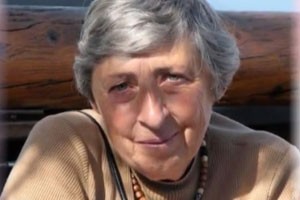