A crowd of about 300 people, turned out for a Memorial Day ceremony at the Grass Valley Veterans building yesterday. Bren Altenbach, A young man with a very big voice sang the National Anthem. 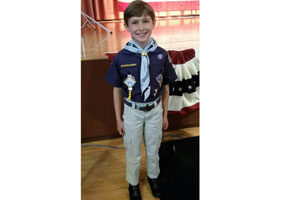 There were two keynote speakers, Lt Colonel Dan House who spent 20 years in the United States Air Force and recounted the story of when the hydraulics on the SR-71 Black Bird he was piloting lost pressure and he and the crew had to eject into the ocean off the Philippines coast.

And US Army Master Sgt. Brian Comte told tales of his 23 years in the Army. 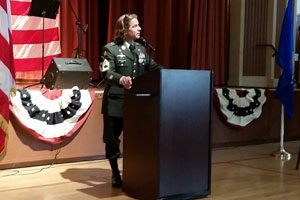 Comte spent most of his career in the 75th Ranger regiment as a fire team leader, rifle squad leader, sniper and machine gun mechanic,and later at 5th Special Forces group served mostly as a medic.

Comte told the crowd his experiences in the military were very diverse, and his many deployments were hard on his family.

Comte is now 49 and retired from active duty 2 years ago. He says he still suffers from Post Traumatic Stress Disorder which is something he is working on. He served tours in Haiti, Yemen, Afghanistan and Iraq. As a special forces medic he received the Combat Medical Badge, and also 2 bronze stars, the meritorious service medal and the Navy Achievement medal.
———- 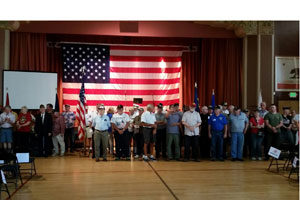