Miller, Weston, Others Sworn In in County Ceremony

No one on the Grass Valley City Council attended Lamphier’s swearing-in ceremony. They were all over at the Rood Center, where former Mayor Dan Miller took the oath of office to become the newest member of the Nevada County Board of Supervisors. Miller says he’s ready to get to work to face several issues… 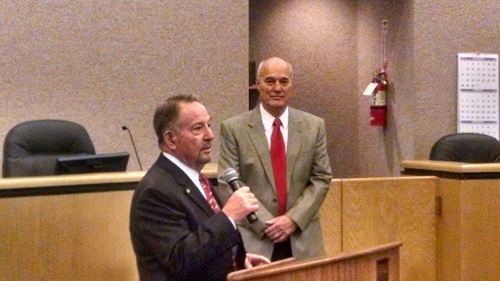 Hank Weston (with microphone) and Dan Miller after being sworn in to the Nevada County Board of Supervisors. Weston begins his third term, Miller his first.

Hank Weston was also sworn into his third term on the board. Weston says one issue that could face the county in the future is funding, and re-configuring the jail… 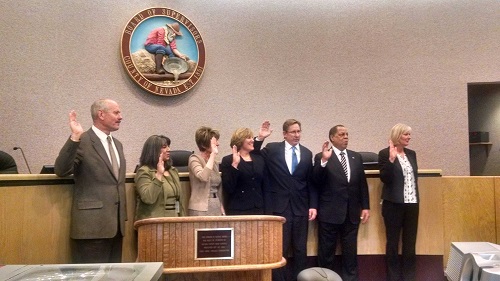