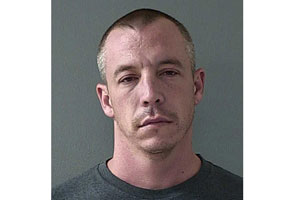 31 year old Jason Boyce of Grass Valley, had tried to hide a number of pieces of stolen property in a storage area on Spring Hill. Captain Marks says investigators  served a search warrant at the storage location, on Friday afternoon.
Click here to listen to Captain Rex Marks

The Captain says a number of stolen items were recovered. He also said the victims will be contacted in a effort to have them identity the stolen items. Boyce was in custody at the Wayne Brown Correctional Facility on a unrelated charge when the search warrant was served.