A mother and stepdaughter are in custody on two separate cases, but the cases both involve the Nevada County Department of Social Services. In the first case, Denise P. Elizondo, a former Department of Social Services Eligibility Worker, was arrested for allegedly illegally accessing confidential information.
Click here to listen to DA Cliff Newell 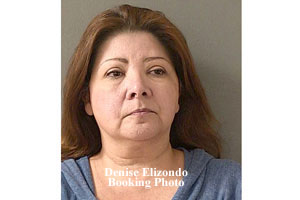 District Attorney Investigators and Sheriff’s Deputies served Elizondo a warrant for an eleven count felony complaint alleging that she illegally and repeatedly accessed a restricted database while working for the County of Nevada.  Elizondo’s duties included reviewing claims for various public assistance programs.
Elizondo worked for the County from October 2008 until she resigned in September 2013.

The younger Elizondo is scheduled to be returned to Nevada County next week for arraignment.
Newell says that both cases arose from the Department of Social Services’ special investigation unit operated by the District Attorney’s Office.
Click here to listen to DA Cliff Newell

Newell believes that the collaboration sends a message to those individuals inclined to make inappropriate applications that we do investigate, and follow though with investigations.
The Department of Social Services has an annual budget of approximately $25 million.