The motion to suppress evidence collected against Dr. Harvey Bigelsen was denied and trial date set for January. Bigelsen accused of practicing medicine without a certification, mis-using the title Doctor, and manufacturing or altering medications will go to trial in January. Earlier in November a motion to suppress evidence was submitted by defense attorney Mark Geragos stating that the search and seizure of Bigelsen’s office were illegal. Today, Judge Candace Heidelberger filed a written response denying the motion. 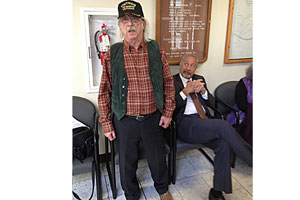 In court this (Tuesday) morning, Mark Geragos also requested that the microscopes seized during a raid of Bigelsen’s office in March be returned.*

The cost of going to trial can be quite expensive, especially with an attorney with the reputation of Geragos, but Geragos is passionate about the Bigelsen case and is not charging his normal fees.

A trial date has been set for January 27 in Department 4. A trial readiness hearing is set for January 16.
Bigelsen is a former combat surgeon that served the United States in Vietnam.