Another probation search on Friday  in Grass Valley netted two more arrests for possession of drugs and warrants.Sgt Clint Bates says that officers went to a Primrose Lane residence and made contact with three subjects after entering the apartment following a “knock and notice”. 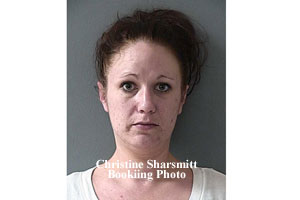 Stonaker was taken into custody for possession of approximately 2.5 grams of methamphetamine and paraphernalia and Sharsmitt was booked for her warrants as well as the drug related charges.
Stonaker had recently been arrested just before Christmas for drug related charges.
The third subject was determined not o be involved with the drugs and did not have any warrants.

On Saturday Grass Valley Police arrested another couple involved with drugs and warrants. Sgt (Clint) Bates explains that officers went to a South School Street apartment following a tip that a wanted suspect, 28 year old Mark Bolwan, was at the apartment. Officers discovered the front door of the residence opened.
Click here to listen to Sgt. Clint Bates 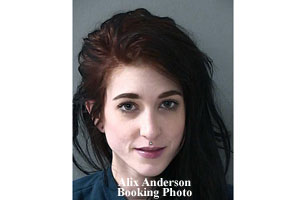 A further search of the apartment located a backpack of which 25 year old Alix Andersen claimed ownership and gave consent for officers to search.
Click here to listen to Sgt. Clint Bates

Mark Bowlan was taken into custody for warrants. Alix Andersen was booked for possession of a number of valium pills and the heroin laced paraphernalia.

A third arrest in Grass valley occurred Saturday night involving suspicious activity behind a closed business on South Auburn Street. An officer on patrol in the area spotted a light moving around the back of the building and located Christopher Zumwalt with a headlamp prowling around the business. Zumwalt tried to explain to the officer that he was trying to get from downtown Grass Valley to Alta Sierra on his bicycle. The officer determined Zumwalt had no legitimate business for being there. Zumwalt patted down for weapons and a suspicious item in Zumwalt’s pocket was located.*
Click here to listen to Sgt. Clint Bates 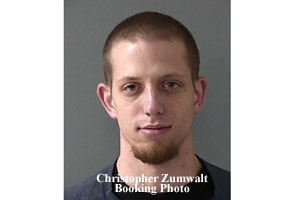 Zumwalt was booked into the Wayne Brown Correctional Facility for possession of a controlled substance.

I appreciate the news and updates you bring to our community, thank you!