The CHP has a lot more questions than answers involving a possible accident in North San  Juan.  CHP Officer Dena Hernandez says officers responded to  a reported accident at the Sierra Super Stop gas station in North San Juan just after midnight,Tuesday. Officer Hernandez  says  responding officers found a 48 year old woman   in the passenger seat of a Nissan Pathfinder with major injures. The initial information led Officers to conclude she may have been  involved in an accident, but there was no  significant damage to indicate the Nissan has been involved in an accident.
Click here to listent to Officer Dena Hernandez

CHP Officers found 33 year old Joel Webb from Camptonville   behind the wheel of the car. 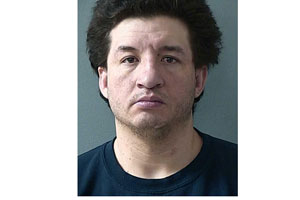 The driver was so intoxicated he was not able to provide any information about an accident or how the woman was injured. Officers were also unable to find any evidence of an accident scene or any other damaged vehicles.

Webb was taken into custody for suspicion of felony driving under the influence. The woman is described as being in critical condition at Sutter Roseville Medical Center.  The CHP is asking anyone with information on this incident to contact their office at 273-4415.