NCCFD Has a New Chief

Adolf Zubia was selected by the District Board of Directors at their regular Board meeting on July, 18th 2013 to become Consolidated’s new Fire Chief.

Chief Zubia was chosen after an extensive nationwide search conducted by one of the top Fire Executive Recruiters in the country, FireForce One.  Consolidated Board member Dave Hanson says their efforts resulted in 33 candidates applying for the Chief’s position. 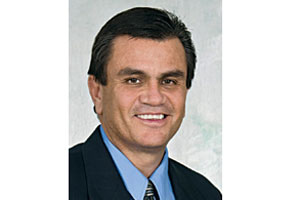 Chief Zubia was selected as the top candidate after two days of interviews by panels composed of District Board members, Fire Chiefs from the area, a representative of the District’s safety personnel, the City Administrator, Fire Chief of Grass Valley, and the Mayor of Nevada City.

After Chief Zubia’s appointment by the Board, Warren Knox, Chairman of the Board of Directors stated ” We are extremely pleased to have found a Chief of his caliber to lead the District. We are confident his proven experience, nationally recognized leadership qualities and ability to interact positively with not only our constituents, but also elected officials throughout the County will be extremely positive for the District.”

Prior to joining Consolidated, Chief Zubia was the State Fire Marshal for the State of South Carolina where he led 70 full-time employees, 280 part-time employees and administered an annual budget of approximately $12 million.

Chief Zubia started his fire service career with the Las Cruces, New Mexico Fire Department in 1986, and progressed through the ranks to become its Chief from 2001 to 2009. As Chief, he lead 128 safety personnel with an operating budget of approximately $12.5 million.

On his appointment, Chief Zubia stated “I am excited about the opportunity to help enhance Consolidated. The Fire Safety personnel I met with and since being appointed are enthusiastic, passionate and professional individuals who are extremely proud of their work and the services they provide to this very special community. It has been a long time dream of mine to work in California, known for having some of the very best, progressive and brightest in our nation’s Fire Service. I look forward to working with the District’s Board of Directors and to continue working closely with both Grass Valley and Nevada City to provide excellent emergency services throughout Western Nevada County.”

Chief Zubia received his Bachelor Degree in Journalism from New Mexico State University and has completed work towards a Masters Degree in Public Administration. He has successfully completed the four-year Executive Fire Officer Program at the National Fire Academy and a three-week course at Harvard for Senior Executives in State and Local Government.

Currently, he is the Chairman the International Association of Fire Chiefs Fire and Life Safety Section and Chairman of the Fire Code Action Committee.

Chief Zubia has signed an Executive Management Contract with the District at a salary of $145,000 plus selected benefits. Nevada County Consolidated Fire District has 38 employees responding from seven fire stations including cross staffed stations in both Grass Valley and Nevada City to provide “Excellence in Emergency Services” to an area of 156 Square miles. Last year, the District’s emergency personnel responded to over 5,600 fire and medical emergencies and has an annualized 2013-2014 operating budget of $5,650,646.