The Father of California Perennial Agriculture is a little known Frenchman who had a nursery in Nevada City in the late 1800’s. His name was Felix Gillet ( pronounced Jil-LAY) and his  untold story  is the topic of the Nevada County Historical Society Speaker Night this Thursday (11/21) evening .
click here to listen to Amigo Bob 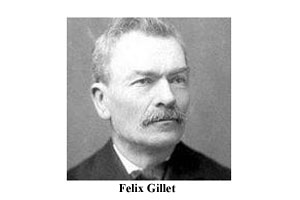 He says Gillet  operated the Baron Hill Nursery in Nevada City from 1871 until his death in 1908.
click here to listen to Amigo Bob

After his death the nursery was then run by the Parson family until the 1960’s when it was the oldest nursery in California.  Amigo Bob in 2003 founded a non profit educational organization called the Felix Gillet Institute to identify, preserve and propagate the best of the varieties still thriving in the mining camps, farms, homesteads and towns of the Sierra and elsewhere.   His powerpoint presentation is tomorrow night at 7pm  in the Gene Albaugh Community Room at the Madelyn Helling Library.  The presentation is free   and open to the public and will last about one hour.