Tomorrow will be the last day on the job for Nevada City Police Lt. Lorin Gage. He is retiring from the department after 32 years of service to the City that has been his home since childhood. 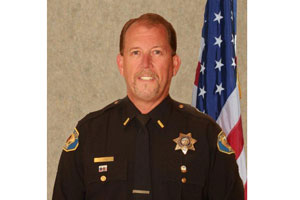 click to hear Lt. Gage
After school in the 70’s Lt. Gage was a volunteer firefighter for the Nevada City and the 49er fire Departnments.  He went into the Airforce in 1976 where he trained in law enforcement and worked in Texas the Phillipines and Edwards Air Force Base before his 4 years were up and he returned to home.