In June 2015, members of the Butte County Sheriff’s Office Special Enforcement Unit located a large commercial marijuana grow in the Highway 70 canyon near Hibbard Creek.  On August 20th, 2015 the Special Enforcment Unit along with Fish and Wildlife Officers and US Forest Service Agents,  hiked to the marijuana garden, which was located 1.5 miles above Highway 70 at an elevation change of 1500’.  Upon entering the marijuana garden, Deputies located several plots of marijauana as well as numerous marijuana processing areas and water storage locations.  The marijuana grow was being watered from diverted water from Hibbard Creek.  Several tents and a camp/kitchen area was located within the marijuana garden.  No suspects were located in the site.  Assisting in the eradictaion of the marijuana were Deputies from Nevada County and Agents from the Butte Interagency Narcotic Task Force.  A total of 4,787 marijuana plants were eradicated from the site.

While Deputies removed the marijauna from Hibbard Creek, a second large commercial marijuana garden was located in the Kister Ridge area of the Highway 70 canyon.  Several marijuana plots were located along the steep hillside and were all being watered via drip tubing.  A large camp was located that had been encased with chain link fencing in an attempt to keep bears away from the food within.  Seveal pounds of hanging and drying marijuana was located aroud the camp area.  Assisting with the eradication of this marijuana garden was the Special Enforcement Unit, Fish and Wildlife Officers, Nevada County Deputies, and the Butte Interagency Narcotic Task Force.  A total of 4,231 marijuana plants were eradicated from the Kister Ridge area. 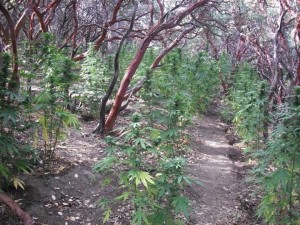 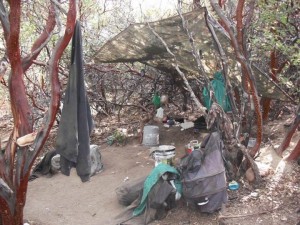 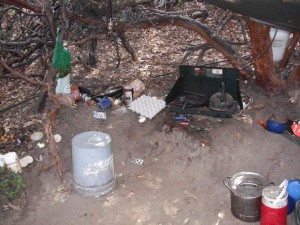 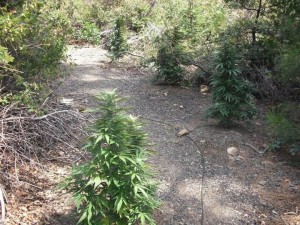 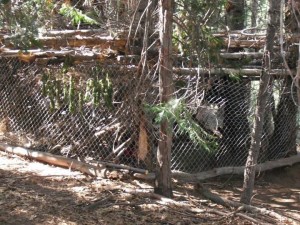 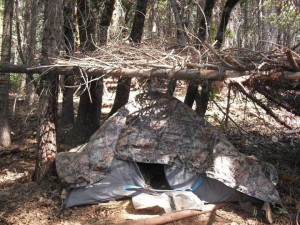