Thursday morning, just after midnight, Nevada County Sheriff’s received a call of a disturbance at the 76 station in Penn Valley. An officer responded and was told the individual had left but he found a subject matching the description on Highway 20 at Poker Flat Road. Sheriff Keith Royal says as another officer was pulling up to assist, the suspect took off running. 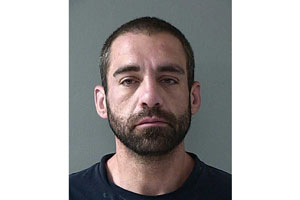 As deputies took  36 year old Matthew Pelayo into custody he admitted to originally giving a false name and having drug paraphernalia and they found more in his backpack.

Pelayo was booked into jail on a variety of charges including giving false I.D., resisting an officer, receiving stolen property, possession of controlled substance and paraphernalia, as well as two no bail felony warrants out of Nevada County.