It has been announced that Nevada City native Michael Davies, a 2002 graduate of Nevada Union High School, recently relocated from Southern California to Washington, D.C. to accept a position as Assistant Director of Federal Affairs for the Los Angeles County Metropolitan Transportation Authority –– better known as LA Metro. 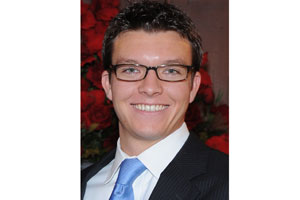 Prior to assuming his new position with LA Metro, Davies spent seven years as a transportation liaison for U.S. Senator Dianne Feinstein in her Los Angeles Office.  In his new position in Washington, D.C., he will be working closely on federal legislative issues with members of the Los Angeles County Congressional Delegation as well with the U.S. Department of Transportation and House and Senate members from across the nation.

Davies is the son of local residents Keith Davies and Jill Schiffner Young.

“I’m proud of what Michael has accomplished professionally and I know he will be a success with LA Metro,” said his father, currently executive director of the Greater Grass Valley Chamber of Commerce.  “He has had a focus and purpose since he was a kid in Nevada City.”

LA Metro is the primary transit provider for the City of Los Angeles, operating dozens of bus and rail lines while also overseeing a wide array of transportation projects including bikeways and pedestrian facilities.  The agency’s combined daily ridership is 1.5 million and its 13-member board of directors includes the mayor of Los Angeles.

As Assistant Director of Federal Affairs for LA Metro, Davies will be working to help the agency realize its legislative goals and objectives on the federal level.