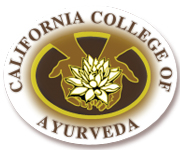 Nevada City is taking steps to help restaurants in the North Pine Street and Commercial Street area facilitate more outdoor seating. Monday morning city staff met with owners of about thirty businesses in the parking lot of the Miners Foundry to discuss plans to close parts of the two streets along with the section of York Street between Broad and Commercial streets. City Manager Catrina Olsen and Assistant City Engineer Bill Falconi presented the plan along with identifying areas where the city is helping restaurants expand into parking spaces in front of their businesses. Olsen and Falconi emphasised the plan is a work in progress.

A third option of only closing North Pine during evening hours seems like a possible compromise. Council member Doug Fleming is pleased with the inclusive process.

The city listened to the suggestions and will post an updated version of the project on the city web site. Osen plans to begin the closures on Wednesday morning, if possible.