Nevada County has lost a community icon with the passing of Lowell Robinson last Friday night. Born on April 24th 1929 to Guy and Olive Robinson, Lowell grew up on the family ranch in Penn Valley, building muscle working with cattle and bailing hay. Robinson’s first foray into the timber industry began with the purchase of a surplus WW II half track . Robinson Petroleum Division manager Don Hoffler says Robinson’s first job was in Lake of the Pines where he cut the trees, stacked the logs on his half track and hauled them to a local sawmill where Best Gas is located now. It wasn’t long before Robinson Timber became Robinson Enterprises and then Robinson Enterprises Investment Company, run by Lowell Robinson, Joe Griggs Sr. and Ed Walker. Then around 1972 Robinson had the opportunity to buy 4 gas stations and a bulk oil plant in Grass Valley from Shell Oil,  and Hoffler says the petroleum division was formed.

Hoffler says they have slowly been transitioning from the big parent company into the new company , one of them is slowly going away and the other taking on more of the responsibilities.

Lowell Robinson was a very generous man,  giving to Nevada County as a Rotarian in the 49er Breakfast Club of Nevada City and personally giving several donations to local youth in agriculture and to various non profits. Lowell Robinson died of heart failure surrounded by his family. He was 86.

A public celebration of his life is being planned at Twin Cities Church this Thursday at 1 o’clock. 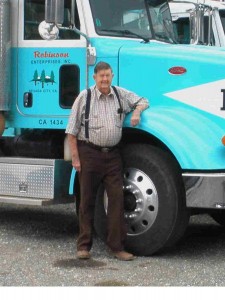