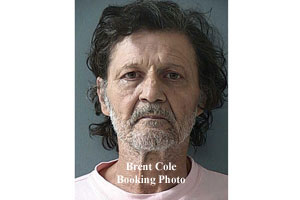 Cole, who has been in custody since the shooting, is currently facing pending charges brought by the Nevada County District Attorney’s Office. After consultation with the District Attorney’s Office, and in light of the facts that it happened on federal land and a federal agent was wounded in the course of performing his duties, the United States Attorney’s Office for the Eastern District of California and the Sacramento Division of the FBI determined it was appropriate to bring federal charges in this case. It is anticipated that Cole will make his initial appearance in federal court sometime next week, and that the pending state charges will not go forward.

According to the complaint affidavit, on June 14, 2014, a BLM Ranger and CHP Officer were in the process of impounding two motorcycles found at the South Yuba River campground in Nevada County. Cole arrived at the campsite, armed, and an exchange of gunfire took place. Cole wounded the BLM Ranger in the left shoulder, and the CHP Officer in the right, lower leg. Cole was struck several times by law enforcement. Cole, the BLM Ranger, and the CHP Officer received medical attention and all will survive their wounds.