Thirty top seventh grade students from local schools competed yesterday (Tues) in the Nevada County-wide Geography Tournament sponsored by Soroptimists International of the Sierra Foothills. The Nevada County Superintendent of Schools Office coordinated the annual event, with special thanks to Dan Zeisler, Superintendent of Chicago Park School District, who with great finesse, acted in the role of emcee. Thank you to Chicago Park School for hosting this wonderful event.

Following the group competition, one student from each school team participated in the individual contest which was held in a “Jeopardy” style format. The students’ skills were so closely matched that the competition ended with two tied prizes. The first place trophy went to Adele Handan of Seven Hills School. C.J. Dvorak of Clear Creek School earned the second place ribbon. Third and fourth place were both tied with third place shared by Thayne Disney of Mt. Saint Mary’s and Ella Hodorowski of Chicago Park School. Fourth place honors were shared by Emily Bedell of Pleasant Valley School and Gianna Rose of Forest Charter School.

This is the sixteenth year for the county’s Geography Tournament, which is modeled after those put on by the National Geographic Society. The Nevada County Superintendent of Schools launched this tournament to increase interest in the subject of geography.

Kudos to the students, educators and families for their enthusiasm and hard work! 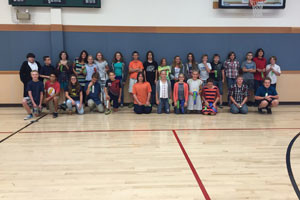 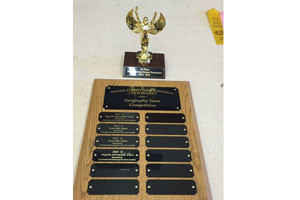