Residents driving past the fairgrounds on McCourtney may have noticed some activity directly across the street from the fair grounds next the consolidated fire station where DPR construction, out of Sacramento, has cleared the trees and are preparing the site for the new CHP Facilities.  Jason Bilinski the Site Supervisor says they plan on having the facilities complete by next Spring.

The 8 million dollar project on the 4 acre site will contain a 15 thousand square foot facility with vehicle service area and an ancillary building for CHP storage. Bilinski says this is the 4th in a series of 4 new CHP facilities in the state. After several stops and starts the Grass Valley CHP may get its first new facility since 1970. Where it has been at its present location in the Brusnswick basin next the DMV. The current CHP faciltiy is expected to be acquired by the DMV to expand their offices. 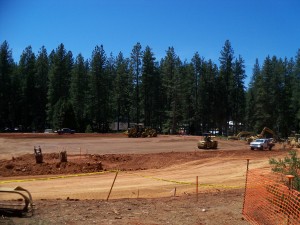 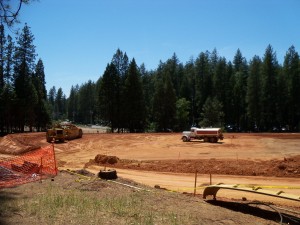