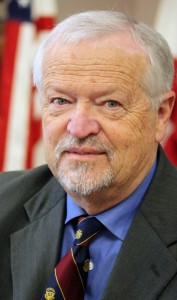 Ron Nelson, General Manager of the Nevada Irrigation District for the past 10 years, announced Wednesday ((June 27) that he will retire later this year to enjoy more time with his family.

Nelson made the announcement as part of the regular bimonthly meeting of the NID Board of Directors. He said he would remain with the district in coming months to assist the board in the transition to new management.

“Ron has made an enormous contribution to the district,” said NID Board President Nick Wilcox. “The board, employees and community owe him a great deal of gratitude.”

Nelson arrived at NID in September 2002 after 22 years as general manager of the Central Oregon Irrigation District in Bend, Oregon. During his tenure there he served as a member and vice chairman of the Oregon Water Resources Commission.

Under Nelson’s leadership, NID has made several significant advances. The $46 million Banner Cascade Project, in planning and very controversial when Nelson arrived, is scheduled for completion this summer. It is one of the largest water projects ever undertaken by NID and will improve water system reliability for thousands of Nevada County residents.

He has personally overseen the district’s ongoing federal relicensing program for the Yuba-Bear Hydroelectric Project, and helped negotiate the recent 20-year power sale agreement with PG&E that is expected to produce significant future revenues for use in NID water system infrastructure.

Importantly, he guided the district through the recent four-year economic down cycle which brought slower growth and reduced water sales, while maintaining quality service to the district’s 24,000 customers in Nevada and Placer counties.

He has served on the Board of Directors of the Association of California Water Agencies (ACWA) and has been active with other regional water and hydroelectric organizations.

Nelson and his wife of 44 years, Becky, live in Grass Valley. They are planning an active retirement including plenty of time with their two sons, daughters-in-law, and four grandchildren.