An apartment fire in downtown Grass Valley prompted a quick response from emergency responders. KNCO’s Gary Jacobson was on the scene, and has this report.
Click here to listen to Gary Jacobson

Fire fighters made quick work of the second story apartment complex fire. Grass Valley Fire Captain Steve Smith says when engines arrived at 335 Mill Street heavy smoke was showing from the front of the residence. The damage was confined to one room. Captain Smith says everyone was able to get out of the apartment safely.
Click here to lsiten to Captain Steve Smith

Fire Engines from Grass Valley, Consolidated and Cal Fire along with 20 fire fighters responded to the fire. Investigators are trying to determine what sparked the blaze. Quick work by fire fighters stopped the spread of the fire to other units. The is no immediate information on the extent of damage. 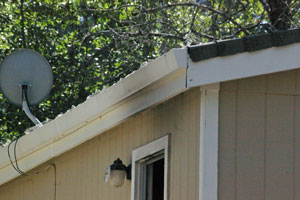 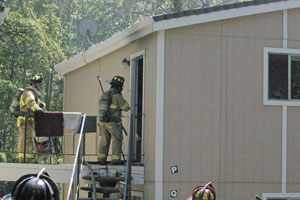 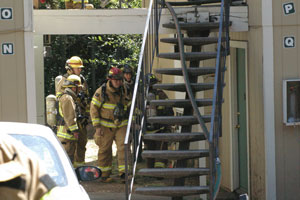