Releasing pictures and surveillance video has led to three arrests involving the vandalism at Nevada Union High School. Nevada County Sheriff’s Lieutenant Steve Tripp says someone called and recognized 30 year-old Gayl Lee from one of the photos. An investigation led to a residence in the one thousand block of East Main Street.
Click here to listen to Steve Tripp 1 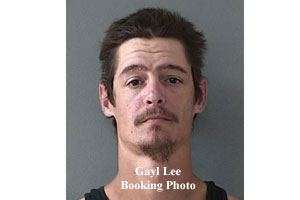 Lee was arrested.
Click here to listen to Steve Tripp 2

Tripp says the Sheriff’s Department wants to thank the public for helping make these arrests happen.
Click here to listen to Steve Tripp 3

On Sunday, the vandals forced open every outside locker in C-Wing, D-Wing, and J-Wing, causing about 20-thousand dollars in damage. All three are being held at the Wayne Brown Correction Facility.