Parking to Use Cell Phone Leads to Arrest

A driver told sheriff’s deputies that he had pulled over to make a cell phone call near Brunswick and Idaho-Maryland Road early Friday morning.  Sheriff Keith Royal says deputies were making a welfare check on the stopped vehicle that was on the side of the road at 3:30 in the morning. The driver was identified as 19 year old Joseph McCormack.
Click here to listen to Sheriff Keith Royal 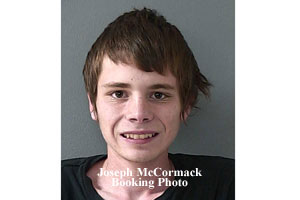 Several containers of suspected concentrated canibis were also located in the vehicle. Upon further searching McCormack he was found to be in possession of suspected Extacy and a number of prescription medications not prescribed to him. McCormack claimed he found the pills when searching for scrap metal.

Ironically McCormack was not breaking the law when he was using his cell phone- but he was booked into jail for various drug related charges.

More Heroin Being Found in County

While serving a search warrant at a residence on Highway 49 in North San Juan last week Nevada County Sheriff’s deputies located another suspect in possession of heroin. When deputies approached the residence they identified a number of individuals inside. Sheriff Keith Royal says that the individuals were separated during the search of the residence and as a precaution deputies searched the subjects. According to Royall one subject, 35 year old Lee Thompson, gave permission to be searched. While being searched Thompson admitted to having a syringe in his front pocket. The deputies removed the syringe and then discovered something more.
Click here to listen to Sheriff Keith Royal 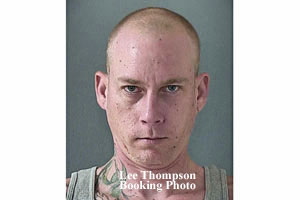 Thompson was booked for possession of the suspected heroin and paraphernalia. Royal says that heroin related arrests are on the rise in Nevada County.
Click here to listen to Sheriff Keith Royal

According to law enforcement agencies around the county it is the low cost of heroin that is making it popular as the street price of prescription opiates like Oxycontin become more and more expensive.