During his lunch hour Tuesday, Nosal drove from his job in Rancho Cordova for a planned meeting with the “girl” at Ashford Park in Auburn. Instead, he was arrested and booked at the Placer County Jail without incident.
Erwin says it is not uncommon for law enforcement agencies to engage predators online posing as potential young victims.
click here to listen to Dena Erwin
Nosal, who works as an environmental scientist, was charged with communicating with a minor with the intent to commit a sexual act and attempted lewd and lascivious acts with someone under the age of 14. His bail is set at $100,000. 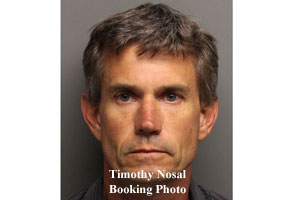