You may have noticed a single engine plane parked off of Highway 20 near Penn Valley. It got there yesterday because of an emergency landing. Highway Patrol Officer Marc Morrison says 90 year-old Robert Irwin was flying alone from Willows to his home in Cameron Park when he lost his navigation system. 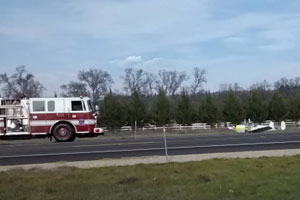 Irwin was able to set the plane down on a grass field adjacent to Highway 20 just west of Cattle Drive. 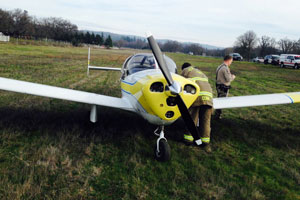 Irwin was not injured during the landing and there was no obvious damage to his plane.

The Federal Aviation Administration and the National Transportation Safety Board have been notified.

All his certificates were revoked by the FAA two months ago.