Two suspects learned that it doesn’t pay to plug in a phone without permission and taking toiletries isn’t a good idea if you have a record or warrants for your arrest. A woman sitting in front of the Safeway on Sutton Way had plugged her phone into an outlet on the outside of the store. According to Lt. Alex Gammelgard, there had been a number of thefts and other issues in the area so a Grass Valley Police officer approached the woman and asked for her identification. Apparently she did not provide the correct ID.
Click here to listen to Lt. Alex Gammelgard 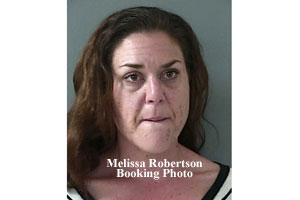 The felony warrant for second degree burglary made Melissa Robertson one of Nevada County’s Most Wanted.

The second suspect, Don Lewis, was arrested following a report of theft from the Rite Aid on Sutton Way. Upon arrival officers located Lewis heading towards the Safeway parking lot across the street from the Rite Aid.
Click here to listen to Lt. Alex Gammelgard 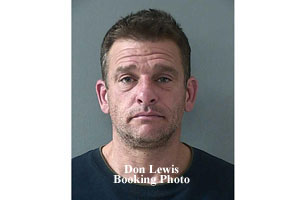 Because Lewis had prior arrests for second degree burglary he was charged for the thefts and booked into the Nevada County Jail.

I heard a while back that the homeless are given free cell phones. So, where are they supposed to charge them? Of course it would lead to stealing electricity.