The first of three suspects believed to be involved in the murder of the caretaker of a marijuana grow in Penn Valley on July 7th of 2014 is being  arraigned today in Nevada County Superior Court.

Newell says three suspects were identified fairly early on in the investigation. Daniel Devencenzi, 31 and Nathan Philbrook, 32 as well as Foltz. At first Foltz was believed to be in Ohio, but investigators found he had returned to California and he was apprehended in Butte County and booked into the Wayne Brown correctional facility.

Devencenzi, and Philbrook, were found to be locked up in prisons in Nevada and will have to be extradited. Newell says it was a multi-faceted investigation involving several law enforcement agencies.
click to listen to Cliff Newell

If found guilty on all charges the defendants could be facing life in prison. 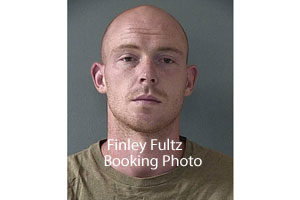