Two local men ended up in jail when sheriff deputies attempted to conduct a probation search at a John Born Road residence Wednesday afternoon.  Officers from the narcotics task force and Nevada City police department noticed a familiar male subject, Victor Riley 54 of Nevada City, standing in front of the open garage as they approached.
Click here to listen to Sheriff Keith Royal

Standing behind Riley was a second subject, Vincent Virgili 32 of Penn Valley.
Click here to listen to Sheriff Keith Royal

Officers then discovered a number of illegal drug related items in the garage.*
Click here to listen to Sheriff Keith Royal

Both Victor Riley and Vincent Virgili were taken into custody for drug related charges. Riley was also taken on other warrants for his arrest. 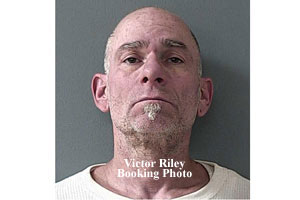