The weather almost held for the annual Mardi Gras parade in Nevada City. Though it did rain on the parade it didn’t dampen the spirits of hundreds of people lining Broad Street Sun 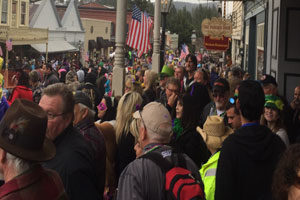 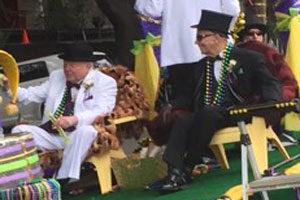 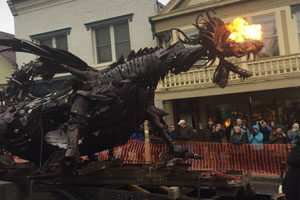 Locke is the current City Clerk, and a member of historic building commission and on the chairperson of a local non-profit arm the Nisenan Indian tribe. Locke’s Co-Marshal is former Planning Commission member John Parent.*

The two honored by the Chamber of Commerce as the first co-Marshalls ever for the parade. One parade attendee, Katie, has been coming to the Mardi Gras parade since it was the Joe Cain Day Parade.*

Little Eva was visiting her family and was happy to be at the parade.*

Parade goers also had an opportunity to participate in a street fair that had many artisan and food vendors which took place throughout the day.