A Penn Valley woman who has been in jail for drug related charges in the past finds herself behind bars again, this time for being in possession of a significant amount of methamphetamine. Nevada County Sheriff Keith Royal says deputies spotted a gold colored Toyota Camry swerving up Highway 20 approaching the Deadman’s Flat overpass early Sunday morning. The deputy suspected the driver may be driving under the influence and initiated a traffic stop. The driver was identified  as 42 year old Dawn Lee of Penn Valley who has release terms including search and drug testing. The officer had Lee step out of the vehicle.
Click here to listen to Sheriff Keith Royal 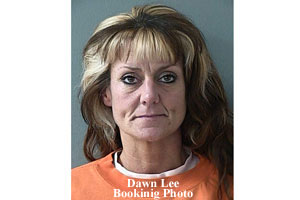 The total amount of methamphetamine was just under two ounces. Lee was booked on a variety of drug related charges including possession with the intent to sell and bail was set at $150,000. 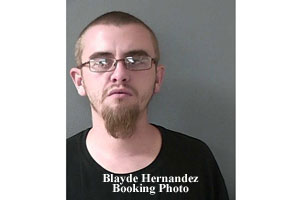 In a separate incident, a man was arrested on Alta Street near Dolores Avenue just outside the Grass Valley city limits. Sheriff Royal says deputies had been doing extra patrols in the area as a result of  increased burglary related activities. An officer spotted a suspicious individual in dark clothing and a flashlight early Sunday morning. Contact was made with the subject who was identified as Blayde Hernandez. It turns out Hernandez is on searchable probation.
Click here to listen to Sheriff Keith Royal

At that point Hernandez told deputies the pouch wasn’t his.
Click here to listen to Sheriff Keith Royal

Hernandez was charged with possession of a narcotic controlled substance.