Riddle-Terrell Gets 11 Years for Voluntary Manslaughter

The sentence for a man who killed another guest at a party while under the influence of drugs and alcohol was issued today in a Nevada County courtroom. Assistant District Attorney Ann Ferguson says the sentence for Voluntary Manslaughter for Brandon Riddle -Terrell was handed down by Judge Candace Heidleberger earlier today (Friday).
Click here to listen to Assistant DA Anna Ferguson 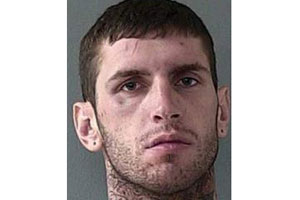 Ferguson says that prior to reaching the plea agreement Riddle-Terrell was found insane, by a well-respected Bay Area doctor, for his mental condition at the time based upon the drugs he had consumed prior to stabbing the victim. Had  there not been a plea agreement Riddle-Terrell may have only been found guilty of involuntary manslaughter which carries a four year sentence.
Click here to listen to Assistant DA Anna Ferguson

For ethical reasons Ferguson cannot share the details of her thought process or confidential information about Riddle-Terrell’s medical findings that were used while negotiating the plea bargain. The Assistant DA does hope that people will realize the impact of drug use and its potentially negative outcomes.
Click here to listen to Assistant DA Anna Ferguson