One robbery suspect in custody and one on the run in Grass Valley. Grass Valley Police Lt. Alex Gammelgard tells KNCO that officers responded to an assault call on Walsh Street just before noon Tuesday.

At that point the altercation became even more violent. 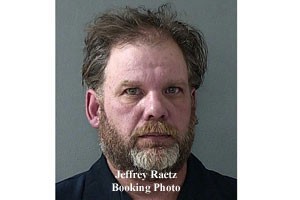 One of the two suspects was identified as 48 year old Jeffery Raetz. Raetz was located and taken into custody.

Gammelgard says that the initial reason for the suspects contacting the victim was an alleged debt owed to one of the suspects by the victim.
Jeffrey Raetz is being held on a 100,000 dollar bail. Anyone with knowledge of the incident is asked to contact the Grass valley Police Department.