Local officials are still hoping someone in the community will see a missing 76 year old man and report it to the sheriff’s office in a timely manner so they can reunite him with his family.  Rick Farwell was reported missing by his family a little over a week ago. Nevada County Search and Rescue Coordinator, Del Clement says they searched the area where his car was left.

That was on December 15th and Farwell’s car was found parked at Twin Cities Church which is near some public trails where he was known to walk frequently.

Searchers followed up but the tip had been called in several hours after the siting and they could not find Farwell in Nevada City .

The family is starting to get desperate and hopes the people who know Rick Farwell by sight will report his whereabouts.

Clement did add they have no reason to believe Farwell is injured and say he has no known health problems that could be responsible for his going missing. Farwell is a well known figure in the community and frequents restaurants and bars in the Grass Valley Nevada City area on a regular basis. His home is in the Penn Valley area. If anyone sees Farwell or has any information, they’re urged to call the sheriff’s office at -265-7880. 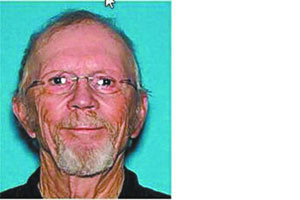